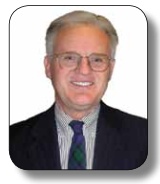 Federal legislation to repeal the immensely unfair and unjust Social Security penalties known as the Windfall Elimination Provision (WEP) and Government Pension Offset (GPO) continues to languish in the House of Representatives and Senate. I know many of our members are subject to these unfair penalties.

The WEP causes hard-working public servants to lose a significant portion of the Social Security benefits they earned. The GPO imposes a significant penalty on spousal benefits and, in some cases, eliminates that benefit completely.

As I see it, the offset scheme currently in place penalizes those public employees least able to afford it. Law enforcement officials and educators who often do not participate in the Social Security system during their careers in public service are especially affected. According to the Congressional Budget Office (CBO), the GPO alone reduces benefits for some 200,000 individuals by more than $3,600 a year. This is a significant sum for many public servants and may deter the best, most qualified candidates from entering or staying in the public sector. The WEP and GPO could negatively affect our nation’s ability to recruit second-career professionals into education and to ensure every child receives the highest quality educators. (July 18, 2019 letter to RELAC member Maureen Sicotte.)

Bills currently pending in the House of Representatives (H.R. 141) and the Senate (S. 521) would fully repeal both the WEP and GPO. RELAC is sending letters to the members of the congressional committees that are currently considering these two bills.

I urge all of you who are adversely affected by the WEP and/or GPO to contact Sheila Simpson, RELAC’s office manager, so we can assist you in sending your own letter to key members of Congress. Sheila can be reached by e-mail at sheilasimpson@relac.org or by phone at (800) 537-3522.

As always, I want to thank our members for supporting RELAC. Maintaining a strong membership base allows us to be vigilant in protecting the rights of County retirees.

YOUR CONTINUED SUPPORT KEEPS RELAC STRONG AS YOUR PENSION AND HEALTH CARE WATCHDOG.

Our office hours are Monday through Thursday, 9 a.m. to 4 p.m. We're closed on County holidays.

Do you have suggestions on how to improve our website or is there information you would like us to add?

Send your comments to admin@relac.org